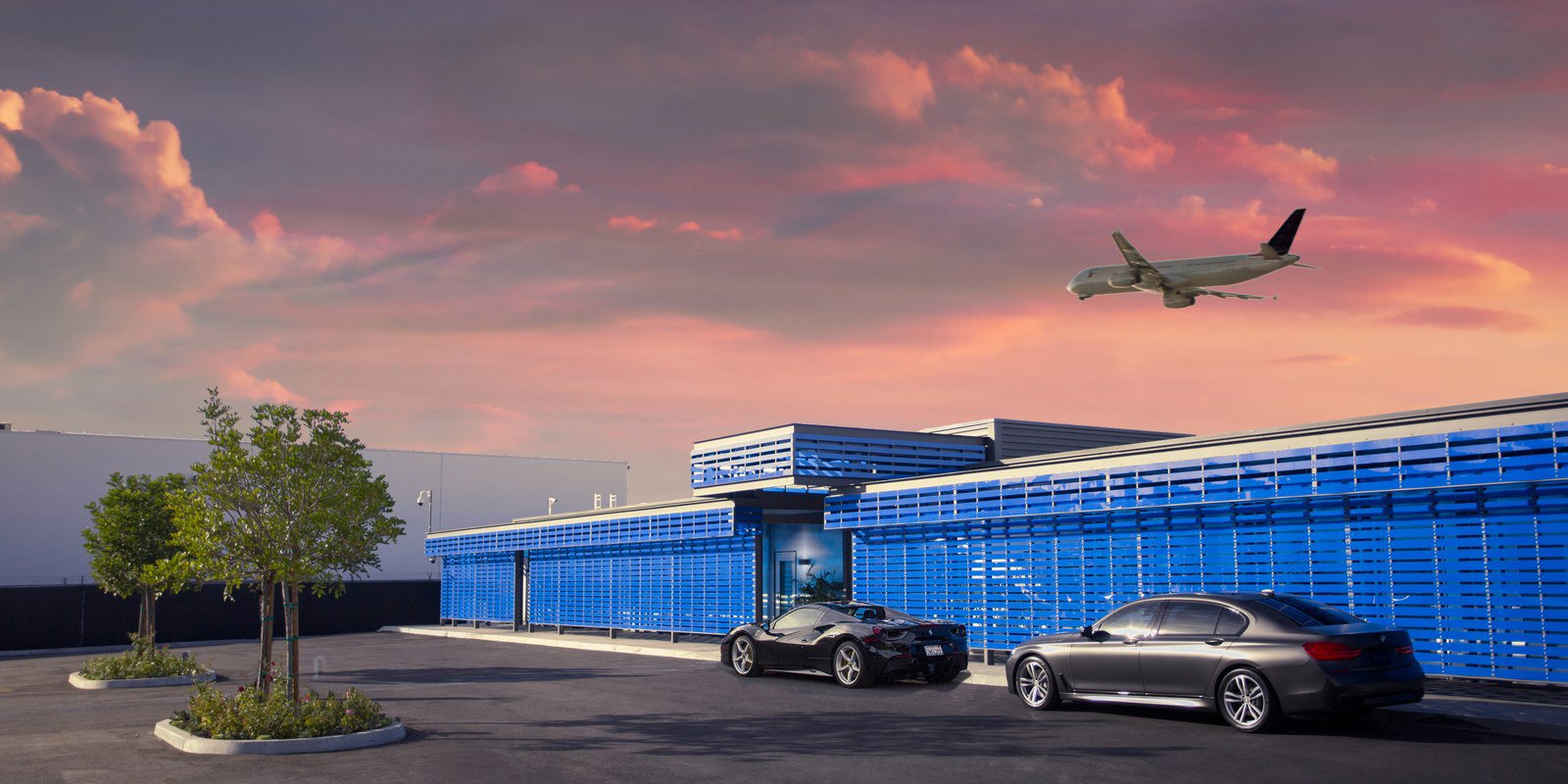 As if private drivers, helicopters, and jets weren’t enough, now there’s an even more exclusive way to travel. For celebrities, executives, and other high-profile travelers flying in or out of Los Angeles, there is now the option of going through The Private Suite, a new private terminal at Los Angeles International Airport that makes the arrival and departure process a bit more comfortable. It’s highly secured, safe, and paparazzi-free, so if you haven’t been seeing as many photos of familiar faces like Kim Kardashian West and clan galavanting around LAX lately, The Private Suite is likely the reason why.

Inside one of the private suites, where members can get comfortable and watch planes take off and land as they wait for their flight.

Photo by Zen Sekizawa. Image courtesy of The PRivate Suite.

Members can get in-suite spa treatments or take a shower to unwind and relax before or after a flight.

Designed to make travel simplified, comfortable, and discreet, the private terminal is the first of its kind to be built in the U.S., following in the footsteps of similar concepts at airports in global cities such as London, Dubai, Munich, and Frankfurt. It’s geared toward high-profile individuals, though membership is open to anyone who is willing to pay the $4,500 yearly fee. Included in the price tag is a whole host of amenities that would benefit seasoned travelers, including individual waiting suites, private TSA screening, on-site customs and immigration processing, in-suite pampering services like manicures and massages, a children’s play area, and more. But perhaps the hottest perk of all is the executive chauffeur treatment: Members are driven directly from the terminal to their aircraft on the tarmac in a BMW 7-series sedan.

From car seat to plane seat, the journey is just 76 steps.

For all of the amenities that The Private Suite provides, perhaps the most luxurious of all is that travelers never need set foot in the main terminal. The relief of skipping crowded check-in counters, long lines, and other stressed-out travelers is worth the price tag alone, and The Private Suite boasts that when you travel with them, the journey from car seat to plane seat is just 76 steps, compared to the lengthy 2,000 steps when passing through the main terminal. The private terminal is owned and operated by Gavin de Becker and Associates, the same security firm that is tasked with protecting U.S. government officials, high-ranking executives, and prominent families, which means that you’re in good hands.

Each suite has a dedicated pantry stocked with snacks and drinks.